This song originally showed up on the multi-platinum album ‘A Song For You’ in June 1972. The song was released as a single in Japan during 1972 and went gold. At the same time, Country artist Lynn Anderson ("I Never Promised You A Rose Garden") covered it and her version reached No.1 on the US Country charts. In September 1973, the Carpenters released the song as a single in the US and UK due to popular demand. It shot straight to No 1 and became one of their best-known hits.

Karen Anne Carpenter left us on February 4, 1983. The silky-voiced singer died of heart attack, at the age of 32. That fateful morning Karen passed away owing to a heart failure caused by the long battle with the disease Anorexia Nervosa. The Carpenters have sold over 200 hundred million records up to date all over the world.

This is a one-off single rhythm complete with intro's/endings/fills & variations written in the style of the song for newer Ketron instruments. (Please note this is not a song file - often referred to as a midi file - that refers to and plays only one song. Subject to the chords you play on your instrument this style can be used for many numbers of which Top Of The World is just one). 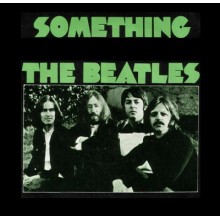