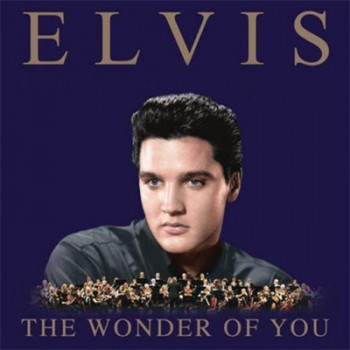 The song was written by Baker Knight and was originally recorded by Vince Edwards in 1958 although it was never released. In 1959, Ray Peterson released it as a single. The song became a Top 40 hit for him on the Billboard Hot 100, peaking at No.25, and also reaching No.23 in the UK. That same year it was also recorded by Ronnie Hilton.

Elvis Presley recorded a live version of "The Wonder of You" in Las Vegas, Nevada in February 1970. It was released as a single in April 1970. "The Wonder of You" was one of his most successful UK records ever, topping the Singles Charts for 6 weeks in the summer of that year. It is his fifth biggest seller in the UK to date, with sales of over 891,000. It also stayed at No.1 in the Irish Charts for three weeks that same year. This was the 59th Top 40 hit of his career.

This is a one-off single rhythm complete with intro's/endings/fills & variations written in the style of the song for Technics Keyboards (KN3000 and onwards - please see attributes tab) instruments. (Please note this is not a song file - often referred to as a midi file - that refers to and plays only one song. Subject to the chords you play on your instrument this style can be used for many numbers of which The Wonder Of You is just one).