This song was written by John Frederick Coots and Haven Gillespie and was first sung on Eddie Cantor's radio show in November 1934. It became an instant hit with orders for 100,000 copies of sheet music and more than 30,000 records sold within 24 hours. The earliest known recorded version of the song was by banjoist Harry Reser and his band on October in 1934 featuring Tom Stacks on vocal. This style is designed to take a flavour of the many times it has been recorded in a more modern era.

This is a one off single rhythm complete with intro's/endings/fills & variations written in the style of the song for Korg instruments. (Please note this is not a song file - often refered to as a midi file - that refers to and plays only one song. Subject to the chords you play on your instrument this style can be used for many numbers of which Santa Claus is coming to town is just one).

Somewhere only we know - Korg Gold Styles
£5.50
Add to Cart

When the Going Gets Tough - Korg Gold Styles
£5.50
Add to Cart

Dancing in the moonlight - Korg Gold Styles
£5.50
Add to Cart 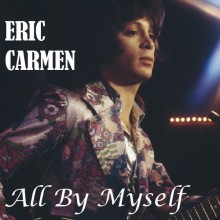