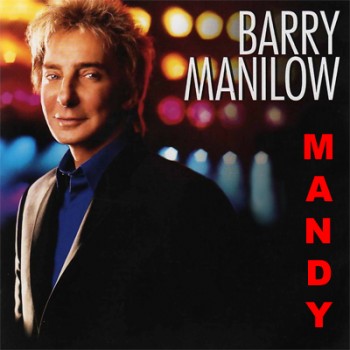 "Brandy", later to be called "Mandy", is a song written by Scott English and Richard Kerr. It was originally recorded by English in 1971 and reached the top 20 of the UK Singles Chart. "Brandy" was covered by Bunny Walters in New Zealand in 1972, but achieved greater success when covered in 1974 by Barry Manilow in the US, with the title changed from "Brandy" to "Mandy" to avoid confusion with Looking Glass's "Brandy. His version reached the top of the US Hot 100 Singles Chart. it has been recorded by many other artists and in 2003 was a UK No.1 for Irish boyband Westlife.

The suggestion that Scott English wrote the song about a favourite dog is an urban legend. English has said that a reporter called him early one morning asking who "Brandy" was, and an irritated English made up the dog story to get the reporter off his back. In a 2013 interview, he said the idea for the song title came from the off-colour expression "Brandy goes down fine after dinner, doesn't she". He said he hated the Manilow version because he took out part of a verse and made it a bridge, but he later loved it because it bought him houses. The song was inspired by his life, he said, the face in the window being his father.

This is a one-off single rhythm complete with intro's/endings/fills & variations written in the style of the song for Technics Keyboards (KN3000 and onwards - please see attributes tab) instruments. (Please note this is not a song file - often referred to as a midi file - that refers to and plays only one song. Subject to the chords you play on your instrument this style can be used for many numbers of which Mandy is just one).