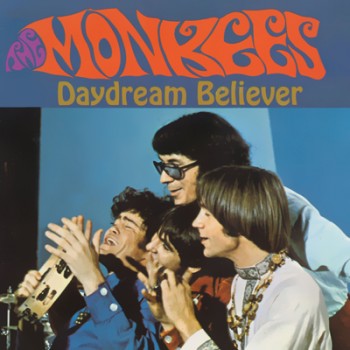 The song was composed by John Stewart shortly before he left the Kingston Trio. Monkees producer Chip Douglas was friends with John Stewart and ran into him at a party in Hollywood. Douglas told Stewart that he was now producing the Monkees and asked if he had any songs that might work for the group. Stewart offered "Daydream Believer."

The band loved the song and recorded it with Davy Jones singing lead vocals. The single got to No.1 in the US charts in December 1967 and it remained there for four weeks. It peaked at number five in the UK Charts. Unfortunately it was the Monkees' last number one hit in the U.S. single and the first to reach the top 40. The song tends to divide public opinion and it was voted the tenth most annoying song of all time in a poll commissioned by Dotmusic in 2000.

If you are using this style to play Daydream Believer please note the chorus makeup is 2 x 9 bars, the style is built on 8 bars therefore a fill bar is need at the end of the eight bars to be able to duplicate the song correctly.

This is a one off single rhythm complete with intro's/endings/fills & variations written in the style of the song for Yamaha SFF instruments. (Please note this is not a song file - often refered to as a midi file - that refers to and plays only one song. Subject to the chords you play on your instrument this style can be used for many numbers of which Daydream Believer is just one).

Take it to the limit - Yamaha Single Styles
£6.00
Add to Cart

Add to Cart
In the mood - Yamaha Single Styles
£6.00
Add to Cart

Laughter in the rain - Yamaha Single Styles
£6.00
Add to Cart

Add to Cart
Have yourself a merry little Christmas - Yamaha Single Styles
£6.00

Somewhere only we know - Yamaha Single Styles
£6.00
Add to Cart