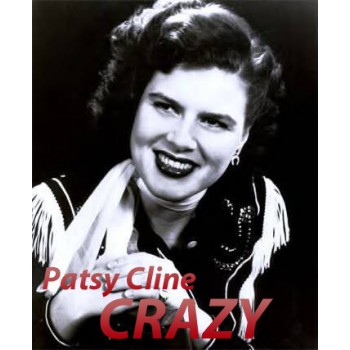 The ballad "Crazy" is a song composed by Willie Nelson. Recorded by numerous artists, Patsy Cline’s version is arguably the best-known spending 21 weeks in the charts and reaching the No2 slot in 1962. Nelson's own version appears on his 1962 debut album ..And Then I Wrote.

This is a one-off single rhythm complete with intro's/endings/fills & variations written in the style of the "Eagles" for newer Ketron instruments. (Please note this is not a song file - often referred to as a midi file - that refers to and plays only one song. Subject to the chords you play on your instrument this style can be used for many numbers of which Crazy is just one).