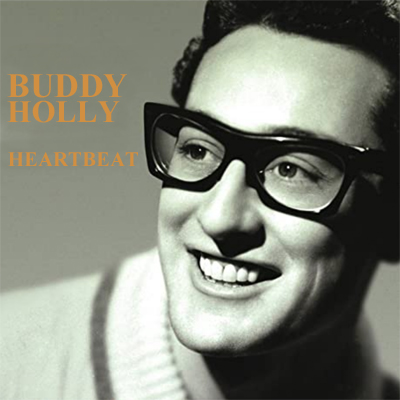 This Rockabilly song was written by Bob Montgomery & Norman Petty and originally recorded by Buddy Holly in 1958. The B-side of the single was called "Well... All Right". Unfortunately, it was to be the penultimate single released during his lifetime. The song was a minor hit in the USA and only reached No. 82 on the Billboard Hot 100 chart. The single was more successful in the UK, reaching No. 30 in January 1959 and again reaching the charts upon its reissue in April 1960.

"Heartbeat" subsequently also got to the UK Top Ten twice with other artists. Firstly in 1975 for Showaddywaddy and again in 1992 when a version recorded as the theme to the TV series ‘Heartbeat’ by Nick Berry reached the UK No. 2 slot.