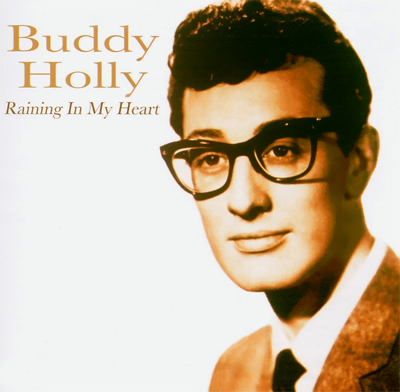 The song was recorded by Buddy Holly on October 21, 1958. It featured the pizzicato strings and orchestral backing of Dick Jacobs. The music and lyrics of the song were written by the songwriting team of Felice Bryant and Boudleaux Bryant.

It was released as a single on Coral Records in 1959, peaking at No. 88 on the USA Billboard charts as the B-side of "It Doesn't Matter Anymore". The recording was included on Buddy Holly's first "greatest hits" compilation album titled The Buddy Holly Story that was released in March 1959.

In 1968, The Beatles paraphrased the first line of "Raining in My Heart" in their song "Dear Prudence" as "The sun is up (instead of "out"), the sky is blue."