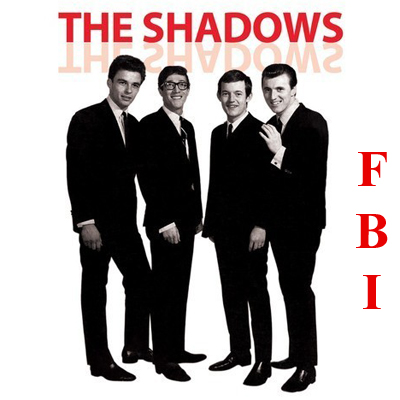 "F.B.I." is an instrumental rock tune recorded by the British group The Shadows, written by Hank Marvin, Bruce Welch and Jet Harris. Due to complicated publishing contracts, "F.B.I." was credited to their manager Peter Gormley, who was also acting as Cliff Richard's manager. The actual composers' names never appeared on the credits. It was released by EMI as a single in February 1961 on the Columbia label with "Midnight" as the B-side. It spent 19 weeks in the UK Singles Chart reaching No. 6 on two separate occasions in mid-February and mid-March 1961.

It was released in the United States in July 1961 on Atlantic Records with "The Frightened City" (Norrie Paramor) as the B-side.